It’s too sweet for sandwiches, except maybe for peanut butter and jelly, for which it would be fantastic.

If I had to fit it into a bread niche, I’d say it was made for some good fruit preserves and a cup of strong tea.

Don’t skimp–it should also have a layer of butter before you slather on the jam. If you wanted it with coffee instead of tea, that would not be amiss.

Just a smidgen, only a tablespoon; you can’t taste it if you eat the bread in the recommended way (with butter and jam), but there’s a faint hint if you try the bread plain. If you doubled the amount of rum, it would probably be too much.

This is just enough to give it character, although rum is not really known for adding to character, is it? 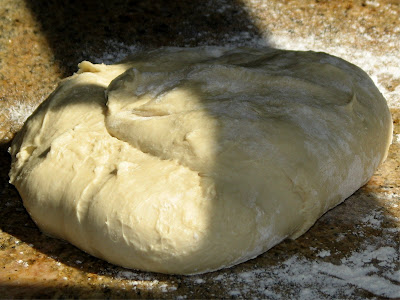 Like other doughs made with butter and eggs, this is a joy to touch. It’s so soft, silky, and kneadable, it’s really a pleasure to work with.

And quite easy. It goes through one fast rise, and then it’s ready to be divided into 15 pieces to make 3 small loaves.

Each 50-gram piece is rolled out into a cigar-shaped form, fat in the middle and tapered on the ends. 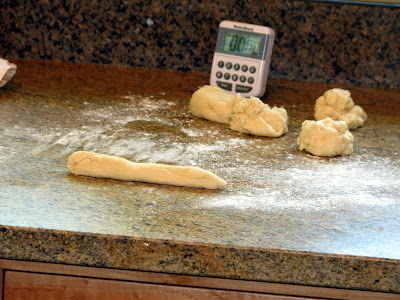 You line up the five cigars so they’re touching each other, and pull them together, making the outer ones slightly longer so that you can pinch them firmly together. 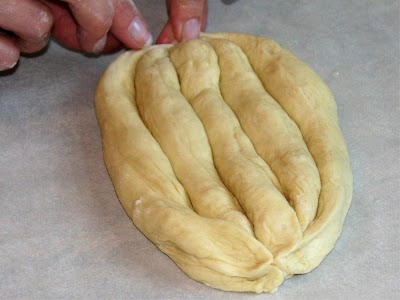 After it’s shaped, it rises again. Just before putting it in the oven, you brush it liberally with an egg glaze, which makes it beautifully shiny and adds to the egginess of the bread. 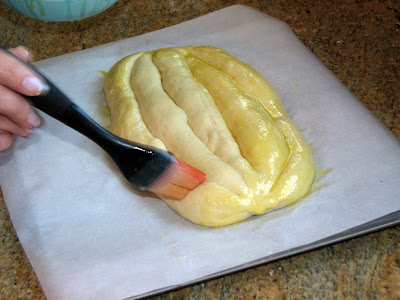 After I made two small loaves of bread with 50-gram “cigars,” I looked at the dough that was left.

Instead of having 250 grams like I was supposed to, I had well over 400, so something went wrong somewhere, but I don’t care because it didn’t matter. The small loaves were fine and so was the larger one. 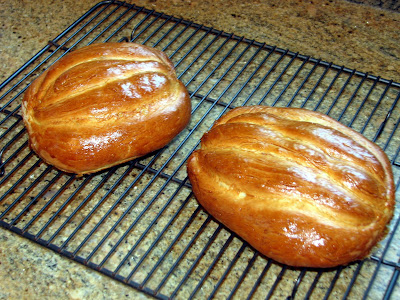 Luckily, because the loaves were tiny, I didn’t have to wait a full hour before slicing into it. 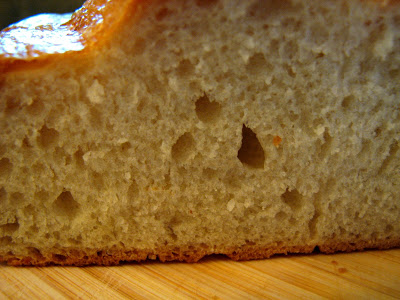 It was a delight to get back to baking bread. I’ve been having a great time with the cakes, but there is nothing more satisfying than a slice of freshly baked bread. I also have not imposed the “one piece” rule on myself with bread as I have with cake, so I had three (well, maybe four, but who’s counting) pieces of bread.

Stir the yeast and sugar into the milk in the mixer bowl; let stand until foamy, about 10 minutes. Add the flour and and whisk vigorously to make a thick batter. (You may have to add a little milk to make a stirrable batter). Cover and let stand until doubled, less than one hour.

Add the egg, the rum, milk, and butter to the sponge, and mix with paddle attachment for about a minute. Add flour and salt, and mix on low speed. Change to dough hook, and knead until soft and elastic, 3 to 4 minutes. Finish kneading briefly by hand.

Place the dough in a tightly covered, oiled bowl, and let rise until doubled, 1 to 2 hours.

After the first rising, cut the dough into 15 pieces of dough (if you decide to weigh the pieces, weigh the batter first and divide by 15 to see how much each ball should weigh).

For each loaf, roll five of the balls into 6-inch-long cigars, plumper in the center and tapered at the ends. Place the five cigars next to each other on a baking sheet lined with parchment paper. Cover with a towel and let rise until doubled, about 45 minutes.

About 20 minutes before baking, preheat oven to 400 degrees F. Brush with an egg wash made with one beaten egg, making sure it gets into the cracks between the “cigars.” Bake 25 minutes, or until shiny golden-brown. Cool on racks.

Note: You can also make this bread by hand or in a food processor. If you use the food processor, the milk and butter should be cold, not room temp. How To Make: “ITALIAN BREAD DOUGH”